Power of the Paycheck

How Your Exemptions Work

What should you consider when determining the number of Exemptions?

The number of exemptions one selects can be based on several variables including amount of income into the household, tax bracket, investments, household debt and so on, so it can be different for everyone. Following are two simple examples to explain the concept.

Maggie, a single person, lives on her own. She selected 1 exemption on her W-4. Her employee uses the Circular E and determine how much money should be withheld from Maggie’s paycheck based on single status, 1 exemption, her gross income. At the end of the year Maggie will be given a W-2 and the amount shown in the Federal Withholding box on this document will show the amount of Federal Taxes withheld from Maggie’s paycheck and paid to the government on her behalf. NOTE: Maggie may or may not have to pay more taxes or get a refund based on any other investments, interests, and other income she may have – but she has contributed toward her tax commitment in alignment with her status of being single.

Bonnie is a retail Department Manager and her husband Brad is Fireman. They have two children. Bonnie and Brad could typically take up to 4 deductions for their family of four. Bonnie could claim 2 deductions and Brad could claim 2 deductions, or any one of them could all four. This would mean that based on their withholding selections their employer would use the Circular E to determine how much money should be withheld from their paychecks based on the number of exemptions they selected. At the end of the year, Bonnie and Brad will get a W-2 tax document from their employer stating the amount of Federal Taxes withheld from their paycheck and paid to the government. Bonne and Brad may or may not have to pay more taxes or get a refund based on any other investments, interests, and other income they may have – but they have contributed toward their tax commitment in alignment with their status of family of four. 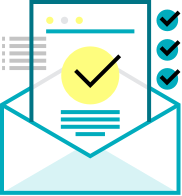 You can avoid paying taxes on a portion of your paycheck by having your employer make pre-tax deductions. Check with your employer on what might be eligible.

Power of the Paycheck Part 3 - Exemptions

Power of the Paycheck Part 4 - Deductions